You can check our current events and
news release by a click of a button. 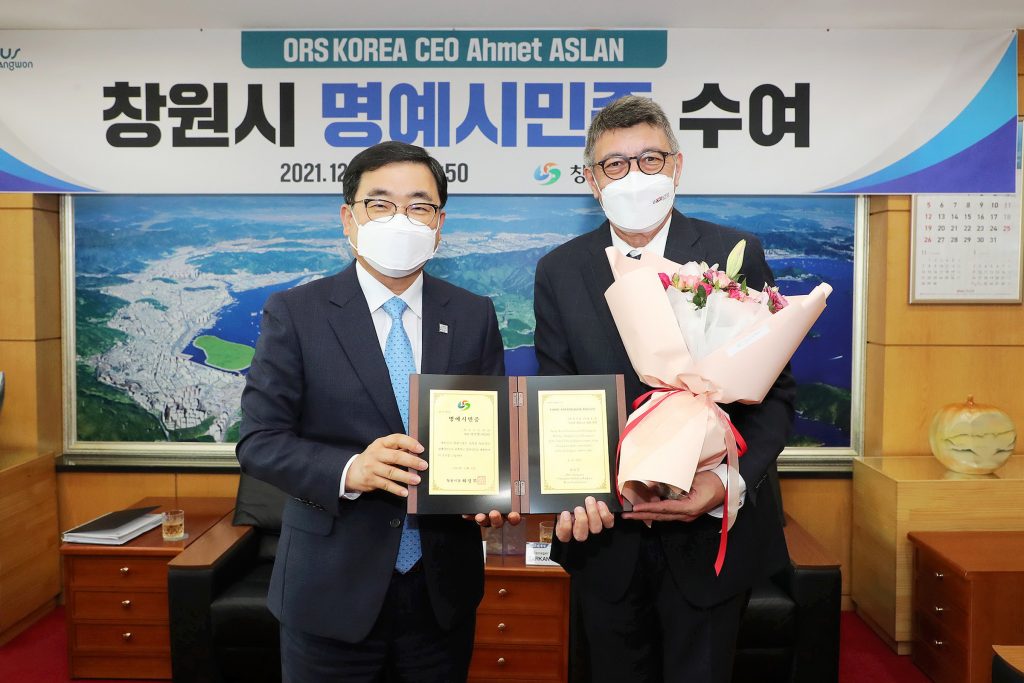 at the city hall reception room and presented a plaque and medals to ORSKOREA’s CEO Ahmet Aslan.

friendly cooperation between Changwon and Ankara in Türkiye. We have cooperated in raising the status

of local companies through overseas joint investment, and a bridgehead that can pave the way for Turkish companies to

advance into our city in the future in the sense of entering the first Turkish company in Changwon expected to play a role.

Changwon Mayor Heo Seong-moo said, “I sincerely congratulate you on becoming a member of our city, and also thank you for your contribution to regional development and your interest in promoting international diplomatic friendship.I ask you to play an important role in promoting it.”

[Above mentioned is the reporting of m.breaknews.com in Korea]